Apache Plume (Fallugia paradoxa) is an example of one of tho

se California native plants that you don’t see listed in the typical books on growing natives. That’s because it originates in the high desert mountains of California and the rest of the Southwest, not in the coastal mountains or sage scrub, and most of the gardening books are written with a Southern California coastal emphasis. (Most of the authors of these books live in those areas.)   But those of us who live inland, away from coastal influence with its temperature moderation and summer fog, can successfully grow many additional species that won’t survive closer to the ocean. Apache Plume is one of these.

If you can grow any of the Salvia greggiis (not CA native) or Lavender (also not a CA native),  or if you have Sagebrush, Rabbitbush, Juniper or Live Oaks, you have a good chance that Apache Plume will also like your soil, which is the deciding factor. Like many plants that thrive on little or no added water once established, has few insect or disease pests, needs no pruning and provides value to local wildlife, Apache Plume likes well-to-moderate draining soil. I’ve found it does great in sand or gravel as long as it gets some deep soakings in the summer, and although it likes sun it can tolerate some shade such as from large deciduous trees. The mature size is about 4 feet (tall) by five feet, although on drier rockier soils it w 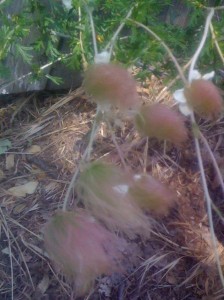 on’t grow this large. It’s a good plant to help stabilize a bank, prevent erosion and provide cover before slower growing plants can fill in. Deer browse it in winter, but not to the point of killing it, as long as the roots are well established. Small plants should be deer-protected for the first year or so.

Given its mountain origins, Apache Plume should tolerate frost, but I’ve yet to try it up higher than about 1000′ elevation.  In nature, it grows with Oaks, Cottonwoods, Ponderosa Pine and Mountain Mahagony. My plant has been snowed on twice, but it’s under a Blue Oak, so it’s a bit warmer and doesn’t get the full load of snow or frost. There used to be a great specimen plant at The Garden of The Sun in Fresno…I’ll have to go visit soon and see if it’s still there. Road Trip! 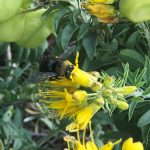 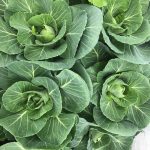 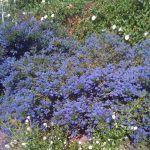